When children walk down the morning sun-drenched sidewalk to arrive at Martin Luther King Jr. Middle School in Berkeley, CA, the first person they see is Shannon Brown. Brown stands at the top of the steps, wearing a baseball cap with the brim pulled down close to his eyes.

A group of children files up the steps, and Brown smiles a toothy grin under the shade of his cap. “Good Morning!” he calls out, as the children light up from their morning fog. “Good Morning Mr. Brown!” They respond. As the school’s Safety Officer, this is Mr. Brown’s self-prescribed morning routine. Even though his job encompasses breaking up fights and addressing classroom behavior issues, like many of his co-workers on staff, he is out here to celebrate students.

“It makes the kids feel good to have that interaction with positive adults every morning, [it] just gets them off to a good start of the day rather than just a cold stare,” Brown says. 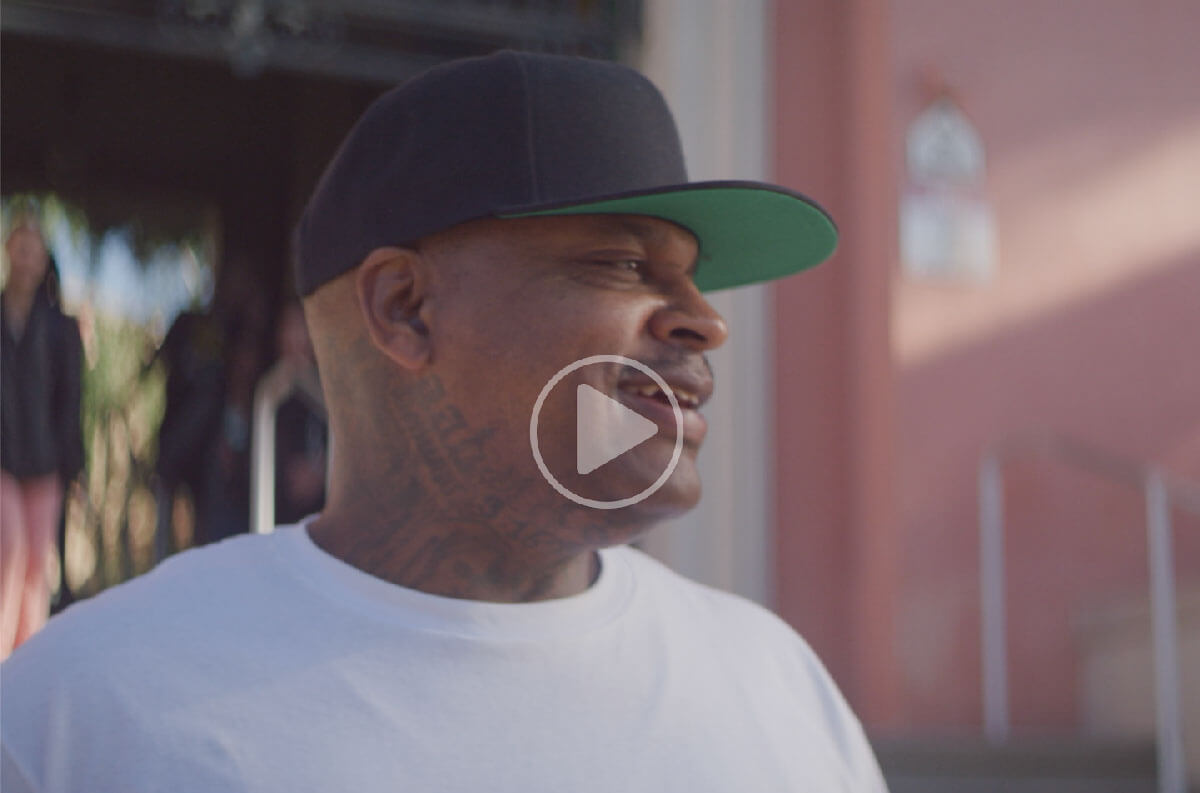 Working at one of the largest middle schools in Berkeley is more than just a job for Brown. He grew up in this town and knows many of the students’ family members personally. His father was a maintenance worker in the district, and Brown’s first job was working as a custodian. He sees himself as an educator, even though he isn’t in front of a blackboard.

“I keep it real with them… I understand where they are coming from,” he says. “I was that kid, running through the hallways, goofing around. I was no angel.” 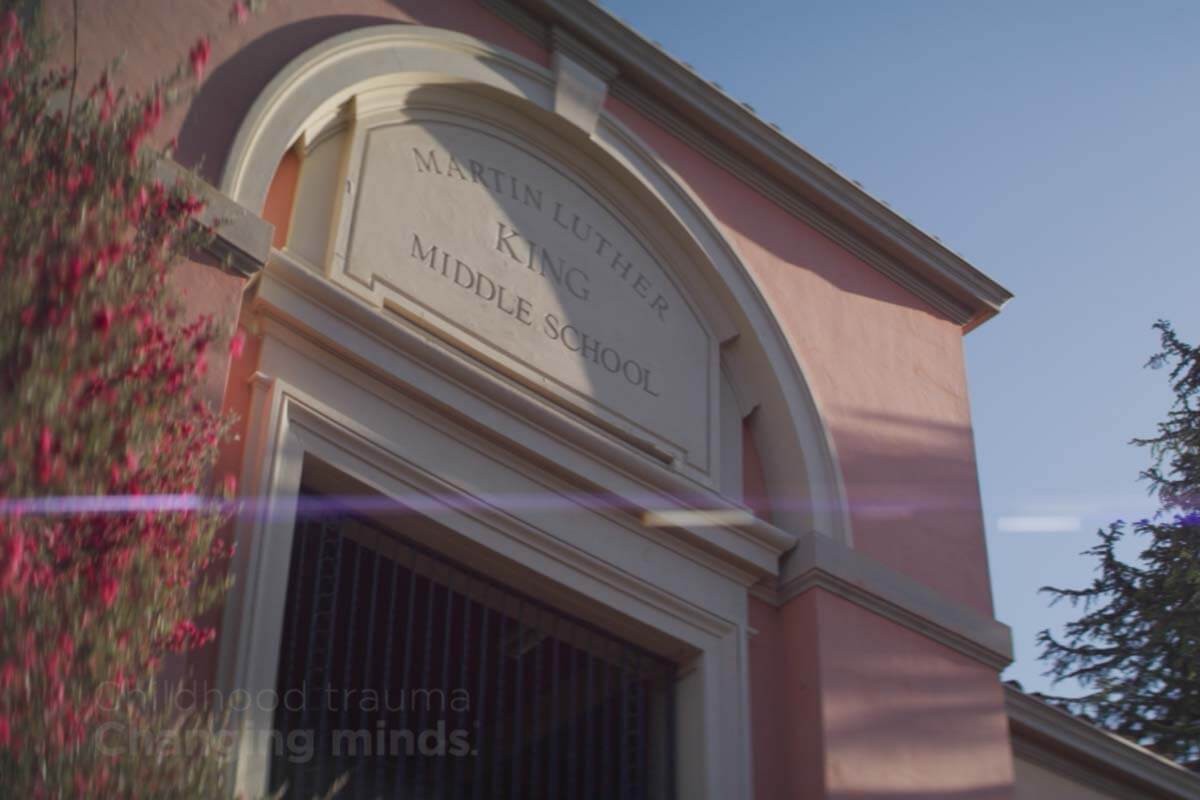 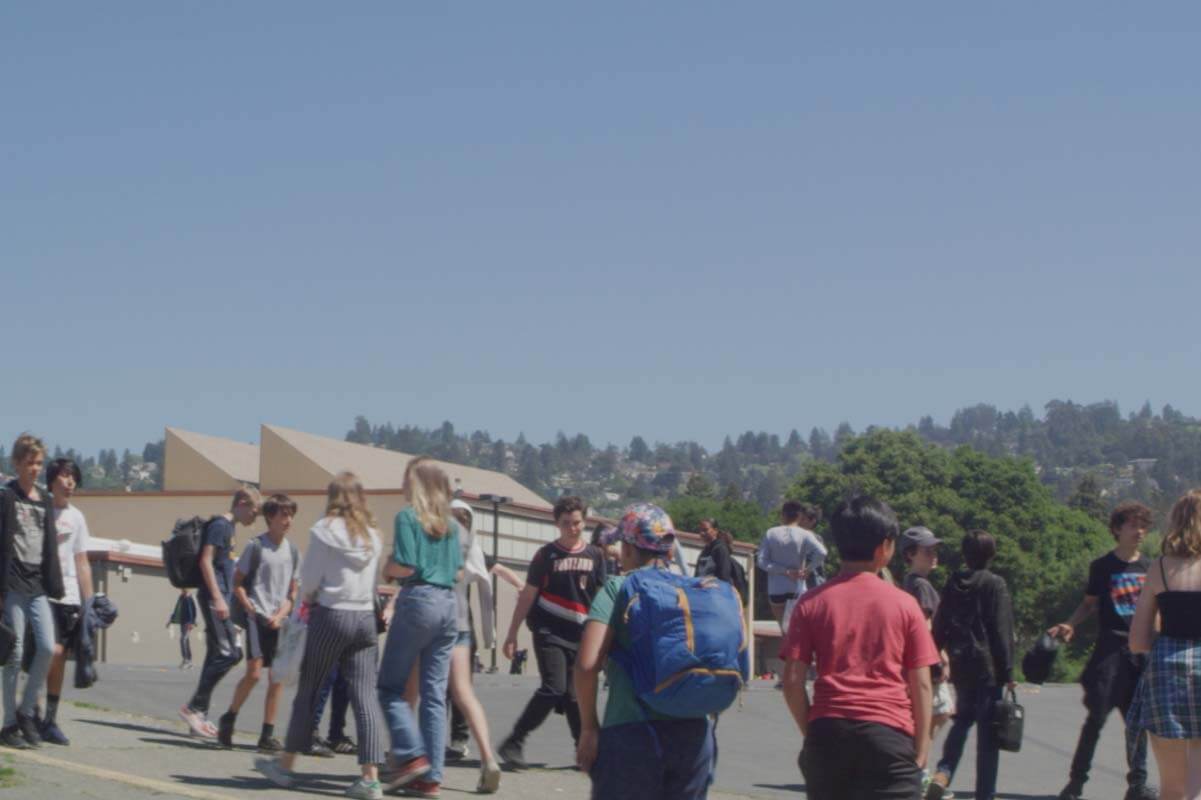 Students at MLK Middle School in the quad.

Brown grew up hanging out with what he calls a “…rough crew of kids. When you hang around tough kids, it turns you tough yourself.” Pre-teen scuffles quickly turned into regular fights. As he became an older teen, confrontations in the neighborhood and at parties became increasingly violent.

“Somebody would have a gun…someone would get stabbed with a knife,” he says. The constant stream of friends ending up on drugs and landing in jail started to wear on Brown. When his dad encouraged him to apply for the custodial position at Berkeley Unified, he jumped at the chance. The work gave him the opportunity to distance himself from his friends.

As a custodian, Brown worked with children experiencing difficulties all the time, and when a permanent position as a Safety Officer opened up, he applied for the position and got it.

Brown is quickly approaching three decades in the district, but the North Berkeley neighborhood where the school stands is vastly different from the Berkeley he grew up in. San Francisco’s tech economy has turned Berkeley into a wealthy enclave of the region. Craftsmen homes and a canopy of trees surround the school, and the area is now also home to “The Edible Schoolyard,” a one-acre garden and kitchen program founded by celebrity chef Alice Waters. 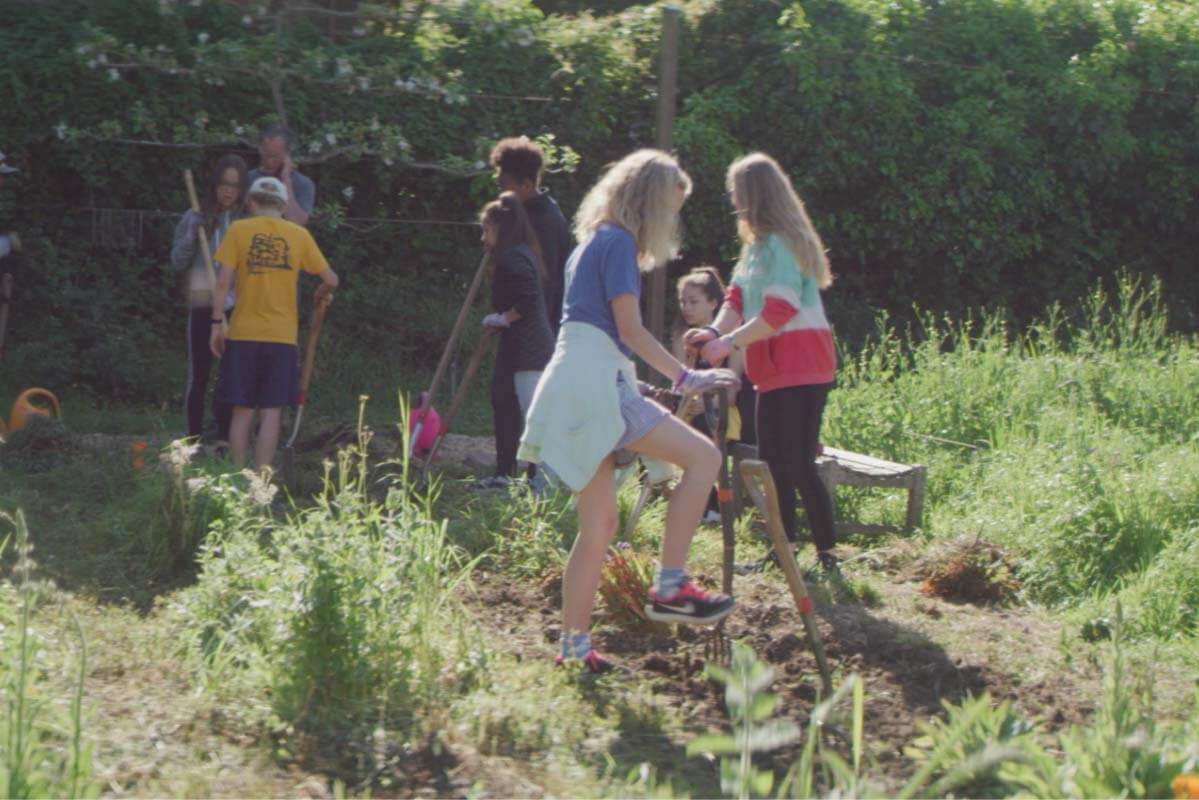 Students at MLK Middle School, digging in the “Edible Schoolyard.”

Even with the changing demographics of Berkeley, Brown says the needs of kids haven’t changed.

“One thing I found working this job for many years is kids wanna be heard, they wanna be listened to, they wanna feel like they’re respected…You don’t just jump right on ’em if they’re being a little disrespectful or rude…you don’t know what they are dealing with in life, or that morning,” he says.

Simple actions like focusing attention on the students, making eye contact, and providing a quiet space builds trust and comfort.

Brown sees his role as most effective when he has one-on-one time with the students. It’s where he uses his own experience to relate to what their developing minds are going through, both in and out of school. He knows that he is part of a constellation of adults connected to help children and youth succeed.

“We have kids that will come to us [safety officers] with things they won’t tell the teacher or maybe even their parents ’cause they feel more comfortable with us by the way we talk with them,” he says.

Shannon Brown talks to a student in the quad. 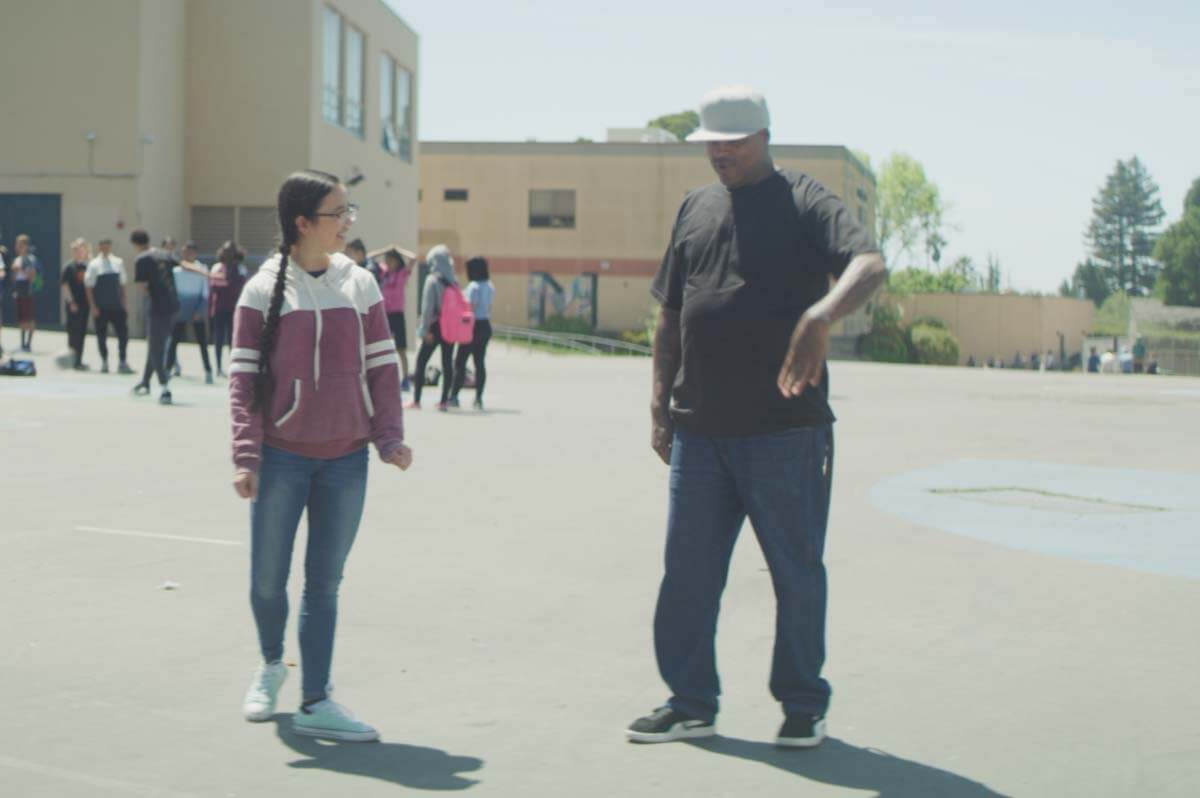 One of Brown’s favorite moments of trust-building was with a student who was causing a lot of trouble in class. Brown began a relationship by just showing him he cared. “I’d talk to him everyday….about everything and anything.” When the school’s talent show came around, the student backed out of a planned breakdance performance. “I’ll do it with you!” Brown told him. And he did. The pair performed together, and the emotional impact of the collaboration was immediate.

“He was in such a happy mood, seeing all the kids cheering and clapping for him,” Brown recalls. “It’s really important to inspire people or help people, ’cause when they feel like somebody looked out for them they, in turn, gonna lookout for somebody else.”

The student moved on and Brown lost touch, as is the nature of the job. But when you spend years on the same steps at 8:38 am, the cycle of time begins to show itself. Students come back years later to talk to Brown, searching for his warm gaze under his baseball cap. “Hey Mr. Brown,” they say. “This is my niece, or nephew,” or “My son is coming here next year. Can you keep an eye on them?”